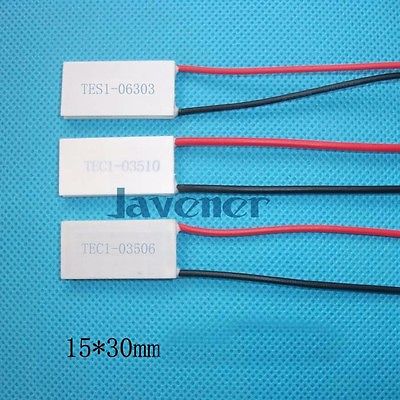 The experiment consists of a laser diode mounted on top of a Peltier-effect TEC module with a maximum current rating of 6A. The LD can be powered as well - it serves as a heat source for the LD mount. In addition, a separate thermistor was added to the LD mount allowing the temperature to be monitored using a DMM or an oscilloscope. The scope is particularly useful as temperature variances can be graphed on a very long timebase e.

Temperature of the LD mount plotted against time on a digital oscilloscope. The TEC was set for a higher temperature at about one second into the plot and an oscillation can be clearly seen here. Use the cursors Y to determine the actual voltages and hence temperatures corresponding to each grid on the display. Enable the control and turn the output on. Select a temperature of Set the P gain very low Next, set the P gain very high Graph the variations of temperature on the scope and capture the output using a cell-phone camera is easiest.

Note the minimum and maximum temperatures of these oscillations. With the same gain settings, switch the laser diode driver ON so that the diode dissipates power. Again note the minimum and maximum temperatures of these oscillations - does the presence of heat improve the situation or make it worse? When recording the scope screen, use the cursors Y to determine the actual voltages corresponding to each grid on the display. This will allow the screen shot to be calibrated in actual degrees-C. Next, optimize this gain using the "Simple Method": set the P gain to one-half of the value at which steady oscillation is observed.

For all our thermoelectric coolers there is range of standard manufacturing options available: ceramics material, surface plating, terminal connection type, protective sealing, thermistor mounting and some other options. Check the quick introduction below to get more info. Unique fusion of thermoelectric cooler assembly technologies - TECs with Aluminium plates instead of ceramics.